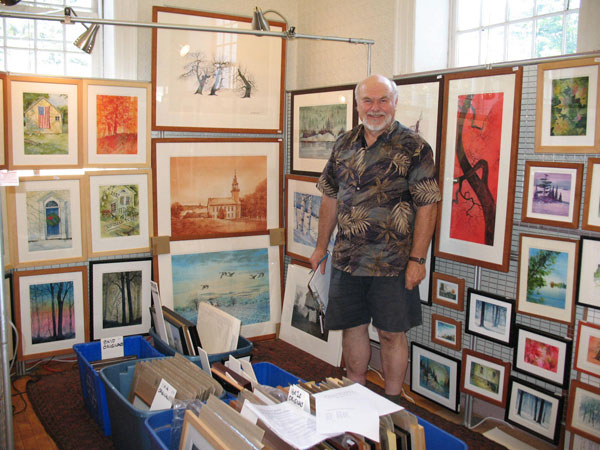 Walter Cudnohufsky is an active Landscape Architect and an avid watercolor painter. He paints the many often evocative moods of the New England landscape, finding ways to have continuous 'business with the landscape' and to see it through multiple filters.

Walter's representational style borders on the fanciful and the semi-abstract. This is made possible by the effective editing of what he remembers while applying a well-developed sense of composition which stems from his talent and experience as a skilled designer. He works to complement wet in wet with sharp line technique. With a color palette that ranges, as nature’s does, from subtle monochromatic to the brilliant hues of New England autumns and sunsets, Walter’s work is conceived, most of all, from assembled memories.

In his studio in Western Massachusetts, surrounded by the beauty and changing moods of a quickly varying landscape, he captures on canvas the tranquility and calm so necessary to our fast paced lives. The intent, ultimately, is to record those aspects that are most temporal and which are too quickly becoming rare in our rural natural surroundings. 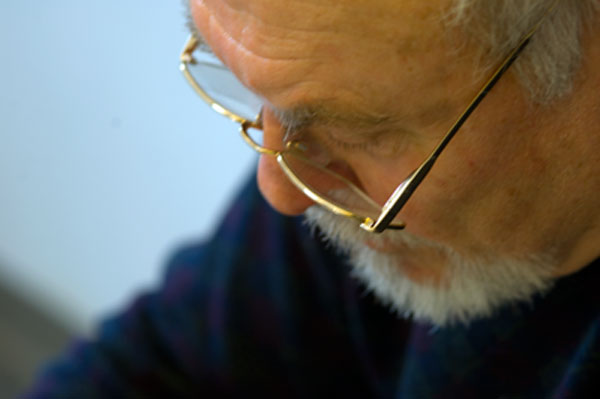 Lasting memories of the rolling farms and woodlands of Southern Michigan, and in particular a four-acre family garden, have been a reservoir of vivid agricultural and nature images for Walter. As a youth, he occasionally attempted to capture some of what he saw with pencil and paper. He studied the high-contrast winter landscapes of streams and snow, and the local barns faltering and in disrepair. Walter seeks to capture the mood and artifacts of the rapidly changing bucolic landscape.

Watercolor has been an on-going fascination since youth, and an endless source of wonder and amazement. The works of Andrew Wyeth, Winslow Homer, Eric Sloan and the painters of the Hudson River School have been particular inspirations. Since 1990 Walter has participated in several watercolor workshops and has been an active painter, exhibitor and demonstrator. His watercolor classes are often quickly filled, and have included a two-week course at the Penland School of Crafts in North Carolina.

Walter enjoys sharing the beauty and wonder extant in our everyday surroundings and has found a willing audience by selling in regional galleries. He holds several solo exhibitions annually; attends regional art fairs; is a juried and nominated member of the National Academic Artists Association; has won regional and national awards for his works; was a juried participant in the 5th North American Open National Watercolor Exhibition in Boston (1996), and in Academic Artists National shows in Springfield (1993-2002).